This 2017 marks a historic time for humanity! The most human like android SOPHIA is now the first humanoid Saudi citizen in the world! Sophia defies conventional thinking of what a robot should look like. Designed to look like Audrey Hepburn, Sophia embodies Hepburn’s classic beauty: porcelain skin, a slender nose, high cheekbones, an intriguing smile, and deeply expressive eyes that seem to change color with the light. If ever there were a robot with a simple elegance people can’t help but appreciate, it would be Sophia. Her creator is Dr. David Hanson, founder of Hanson Robotics and a modern-day renaissance man who has built a worldwide reputation for creating robots that look and act amazingly human. After working at Disney as one of its “Imagineers,” Dr. Hanson aspired to create genius machines that are smarter than humans and can learn creativity, empathy and compassion—three distinctively human traits Hanson believes must be developed alongside and integrated with artificial intelligence for robots to solve world problems too complex for humans to solve themselves. Sophia is Hanson Robotics’ latest and most advanced robot. She has also become a media darling, having given numerous interviews to multiple media outlets, sang in a concert, and even graced the cover of one of the top fashion magazines. One of her interviews has generated billions of views and social media interactions. She has also shown her potential in business, having met face-to-face with key decision makers across industries including banking, insurance, auto manufacturing, property development, media and entertainment. In addition, she has appeared onstage as a panel member and presenter in high-level conferences, covering how robotics and artificial intelligence will become a prevalent part of people lives. Sophia is an evolving genius machine. Her incredible human likeness, expressiveness, and remarkable story as an awakening robot Over time, her increasing intelligence and remarkable story will enchant the world and connect with people regardless of age, gender, and culture. What do you think about this? Are you for or against a robot future? Or do you fear they will up rise against humanity and take over the world? We would really like to know what everyone thinks? Please chime in on this one! LIKE SHARE and COMMENT We always want to know what YOU think! SUBSCRIBE TODAY! The WTF Files™ http://www.youtube.com/c/TheWTFFiles (LIKE) Us on FACEBOOK https://www.facebook.com/THEWTFFILEStm/ FOLLOW US ON TWITTER! https://twitter.com/x_TheWTFfiles_x THANKS for WATCHING The WTF Files™ 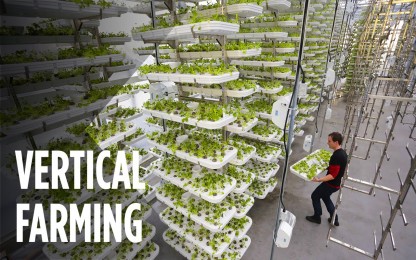